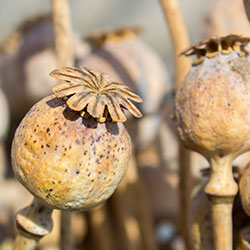 Currently, almost all treatment for opioid dependence in the U.S. is delivered through methadone clinics, typically located in urban areas and often out of reach for addicted individuals living in suburban and rural communities, where opiate addiction has grown rampant in recent years.

The U.S. Food and Drug Administration (FDA) has approved two versions of the drug buprenorphine for treating opiate dependence, clearing the way for heroin and other opiate users to receive treatment in doctors’ offices. Our patients can now receive Buprenorphine treatment through our trained and licensed providers at Medical Associates of the Hudson Valley, P.C.

Like methadone, buprenorphine can be used to treat dependence on opioid-based prescription drugs, such as OxyContin and various pain medications, as well as illicit drugs like heroin. Buprenorphine is less powerful than methadone but is considered to be somewhat safer and causes fewer side-effects, making it especially attractive for patients who are mildly or moderately addicted.

Buprenorphine is a partial opiate agonist: it blocks withdrawal and craving without producing a strong narcotic high. Partial agonists exhibit ceiling effects (i.e., increasing the dose only has effects to a certain level). Therefore, partial agonists usually have greater safety profiles than full agonists (such as heroin or morphine and certain analgesic products chemically related to morphine). This means that buprenorphine is less likely to cause respiratory depression, the major toxic effect of opiate drugs, in comparison to full agonists such as morphine or heroin. We believe this will translate into a greatly reduced chance of accidental or intentional overdose. Another benefit of buprenorphine is that the withdrawal syndrome seen upon discontinuation with buprenorphine is, at worst, mild to moderate and can often be managed without administration of narcotics.

Naltrexone is an opiate antagonist that causes unpleasant side-effects for opiate users; it is added to prevent diversion and abuse because its effects are felt most acutely when the pills are crushed in order to be injected intravenously. Buprenorphine and Naltrexone are mixed into the pill Suboxone, which is given to patients.

Buprenorphine is an effective intervention for use in the maintenance treatment of heroin and other opioid dependence. Through our office based practice, we are able to help alleviate the stigma attached to addiction and increase the success of our patient’s efforts to improve the quality and meaning of their lives.